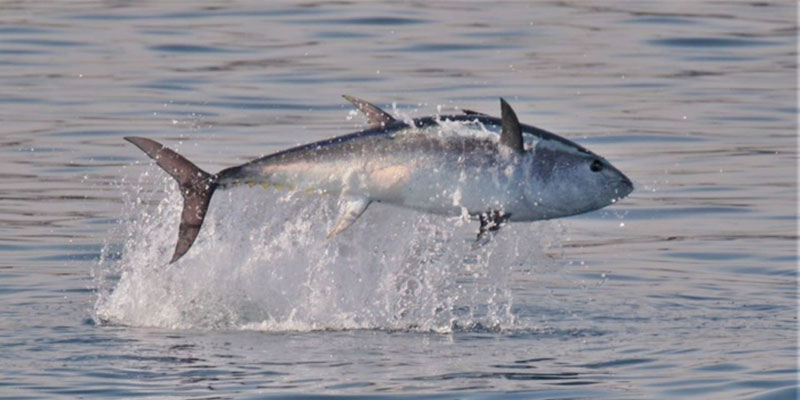 This large pelagic fish lives in very numerous groups and is a perfect swimmer, endowed with great resistance: it can move quickly over long distances, reaching speed peaks of 70 km / h. It is often observed in groups while it feeds on the surface of blue fish, such as anchovies.

This characteristic hunting scene features tuna, which attack the fish by jumping out of the water, and some seabirds who take advantage of the prey escaped from the tuna. In the Mediterranean there are usually three other species of tuna: Alalunga, Yellow Fin and Striped. 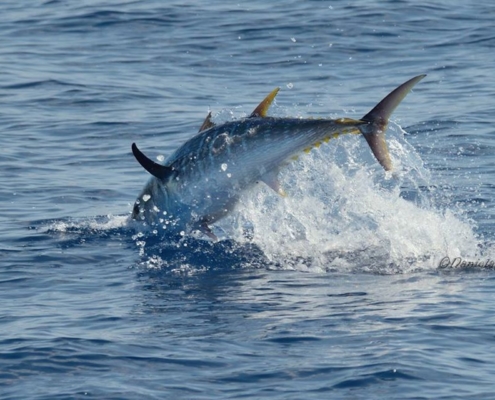 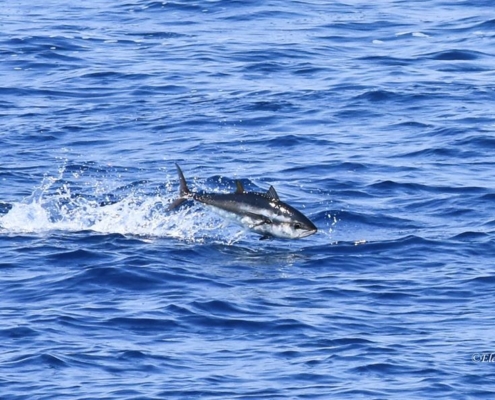 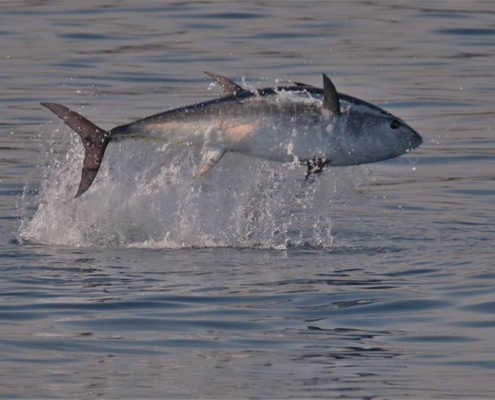