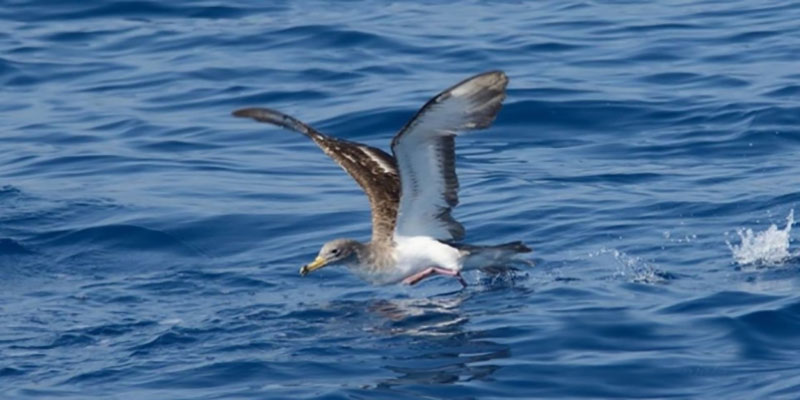 It lives mainly in the open sea, feeding on fish and squid, caught on the surface. It only goes to the mainland to nest. Despite being relatively large in size, it is very adept at flying even in strong winds. It is distributed more or less evenly throughout the Mediterranean, where the estimated population reaches a maximum of 45,000 head.

The large size and the characteristic yellow beak clearly distinguish it from other shearwater species.