Also known as St. Peter’s Barchetta, it is not a single animal, but a colony of many hydrozoans, that is, small polyps that share a gelatinous “film” that increases the entire colony. It is found on the surface of the water in huge swarms during the spring – early summer period.

The transparent vertical crest very similar to a small sail (hence the name), allows it to move following the wind and wave motion. At the end of its life, a mass beach along the coasts. 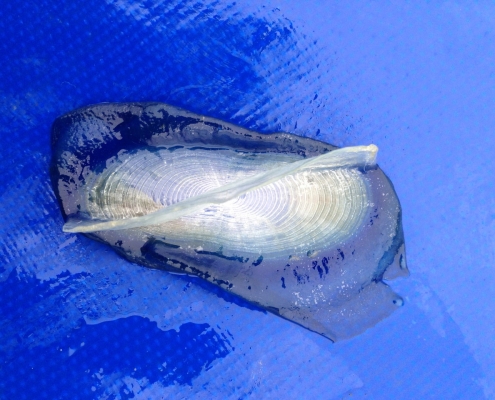 Lung of the sea
Scroll to top