As soon as we left the port we crossed the Bisagno Canyon where at a distance from the coast of 11 miles and a depth of about 1200 meters we observed two Zifi unfortunately very far away and no longer contacted. Later we sailed west along the Polcevera canyon where about 12 miles from the coast we met a very large group of striped dolphins (Stenella coeruleoalba), about 100 individuals with some young. Still on the Polcevera canyon, albeit quite far away, we observed a Puffin (Fratercula arctica) directed towards the east. When we arrived in the waters in front of Genoa, a large number of major and minor Berts accompanied us to the mouth of the port. 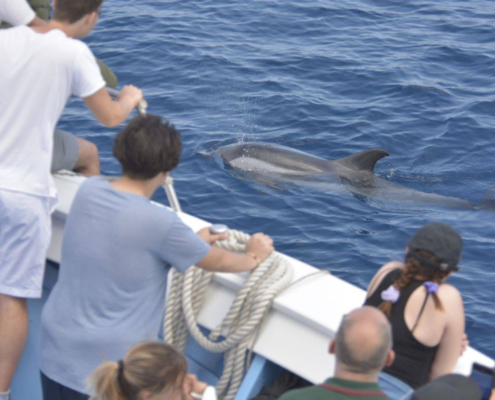 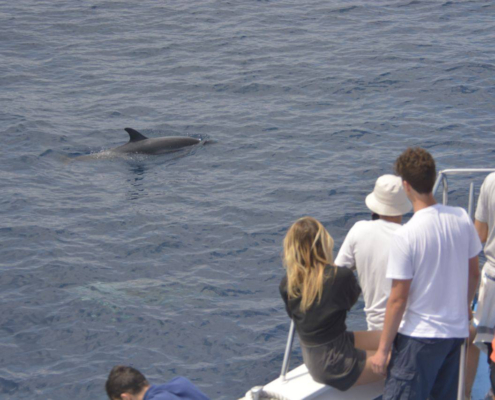 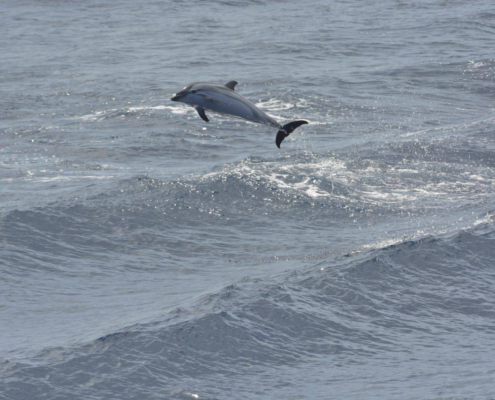 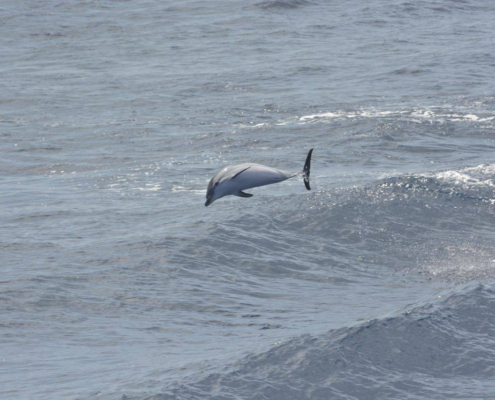 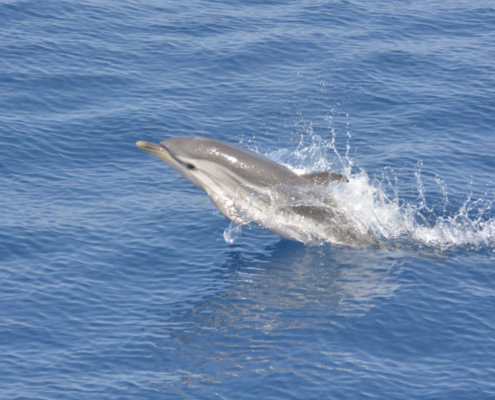 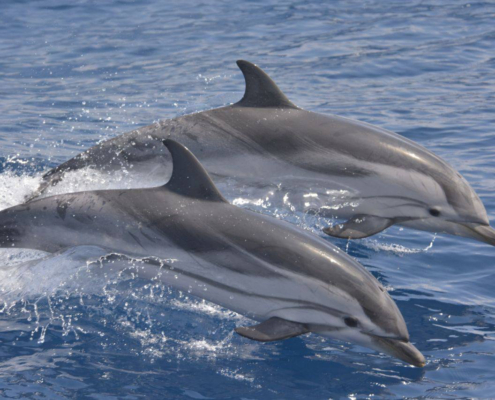 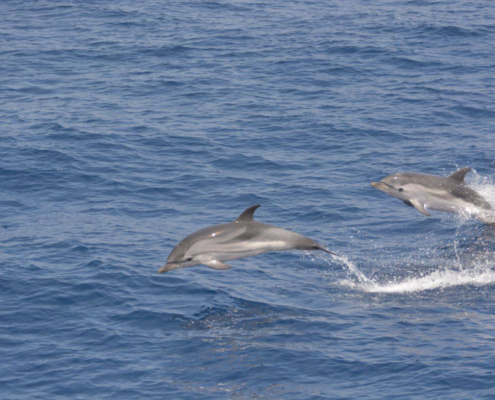