The day started with sunshine and a modest breeze. Despite some waves of up to 40 cm, after about an hour and a half we came across a group of about 25-30 striped dolphins. The animals, very sociable, have decided to interact a lot with the boat giving 15 minutes of show. Continuing towards the west, a zifio was spotted diving in the distance. After waiting for 20 minutes the excursion continued but the weather conditions changed, the wind and the waves decreased but the sky got darker, threatening rain. Two other zifi’s were spotted, a mother with her baby and the female was an old acquaintance met in 2014. After a few moments spent in their company and saw the beginning of a weak rain, it was decided to return. On the way back there was a short stop with some dolphins. 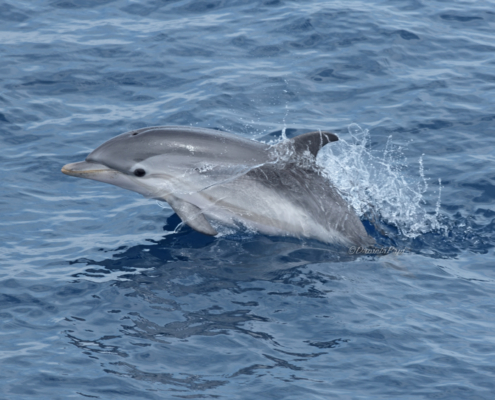 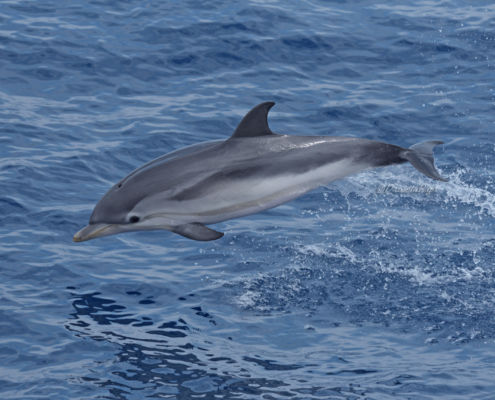 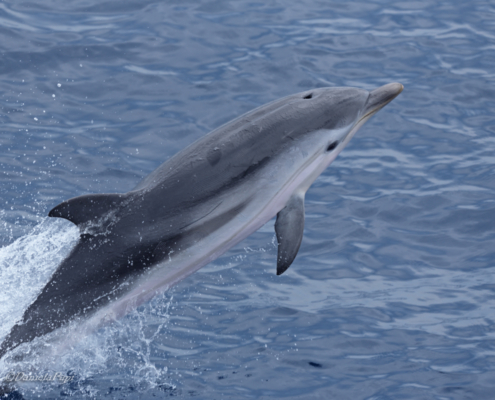 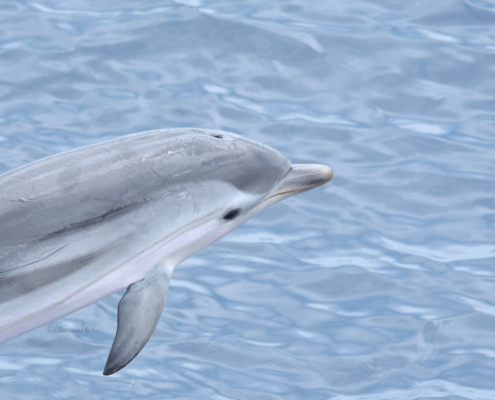 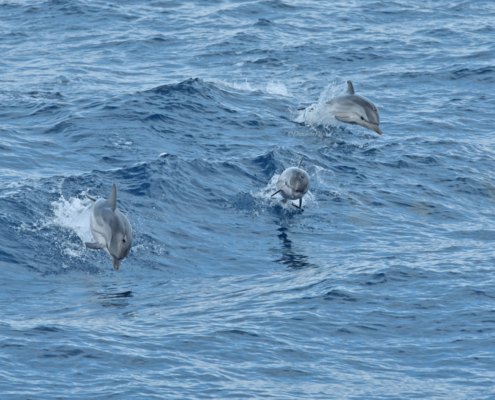 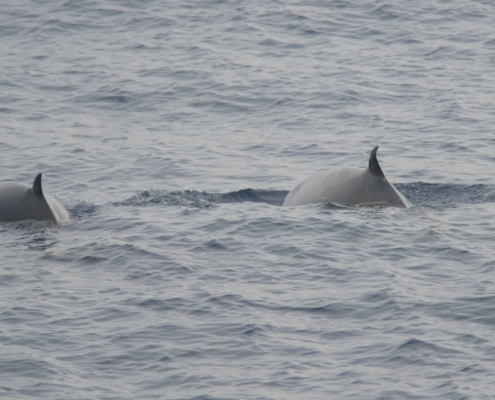 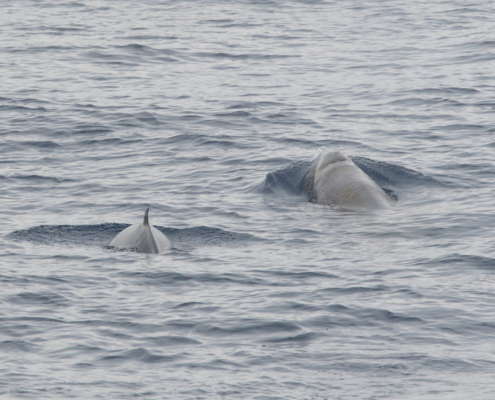