The excursion started with a clear sky, flat sea and total absence of wind. The first encounter, which took place about 10 miles from the coast, was with a group of about 30 striped dolphins. At least 3 young individuals were present who together with the others gave a show. The dolphins swam over and over again around and under the boat, then jumping into the waves astern. Soon after we approached a second and different group of dolphins who again decided to spend some of their time with us. During the day 3 different sightings of zifi were made, but unfortunately it was not possible to approach them sufficiently: their dives lasted more than 25 minutes, after the canonical wait of 15 minutes, we moved in search of new encounters . During the return it was possible to observe a young loggerhead turtle that was placidly warming up with the sun’s rays on the surface. A young swordfish made several jumps in front of the bow of the ship before disappearing into the depths. 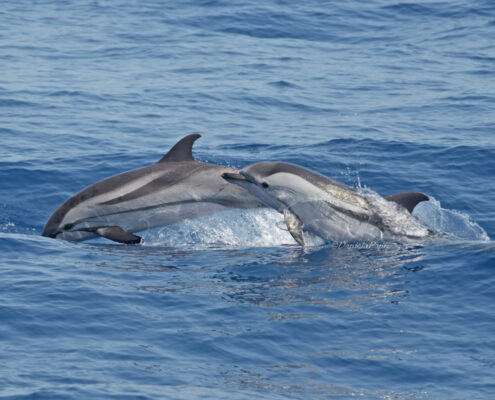 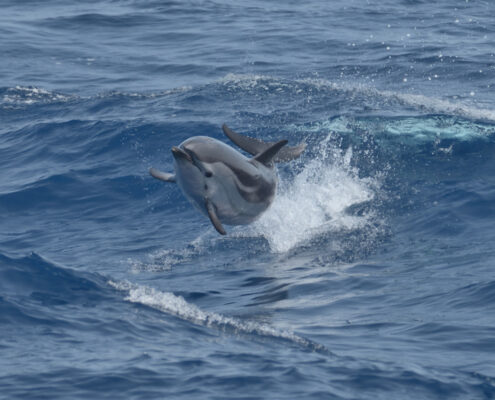 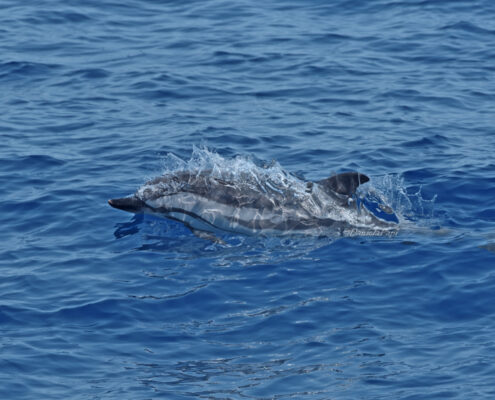 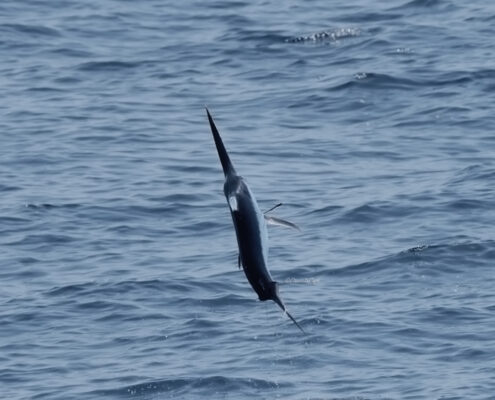 It also starts from the west!
Scroll to top