The sperm whales were the protagonists. Shortly after the start of the excursion, our biologists saw the first breath in correspondence with a stretch of sea where there are 300 meters of depth. The wait of about 50 minutes was rewarded, once the animal re-emerged it allowed itself to be photographed quietly. Shortly after another powerful breath was seen on the horizon and it was possible to reach the second sperm whale and photograph the latter as well. There were two encounters with groups of dolphins jumping around the boat and in the stern waves. During the last approach to a very distant sperm whale, another specimen of the same species emerged a few meters from the boat. Thanks to a bit of luck, the day was a celebration of this predator. 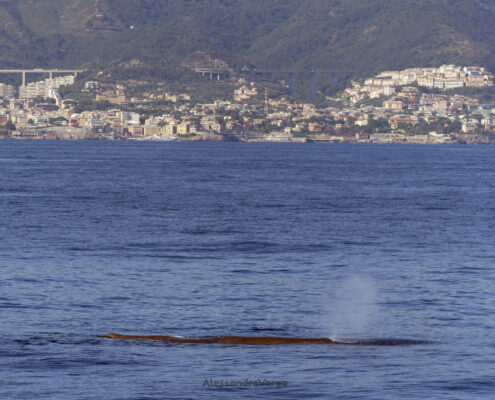 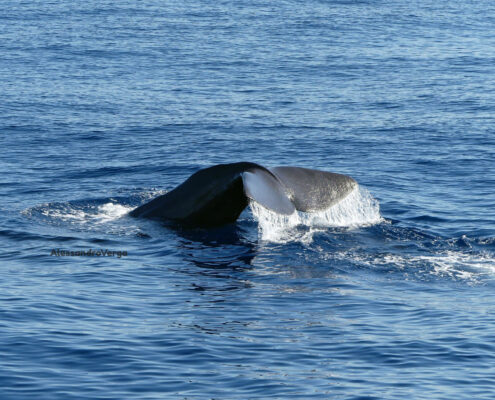 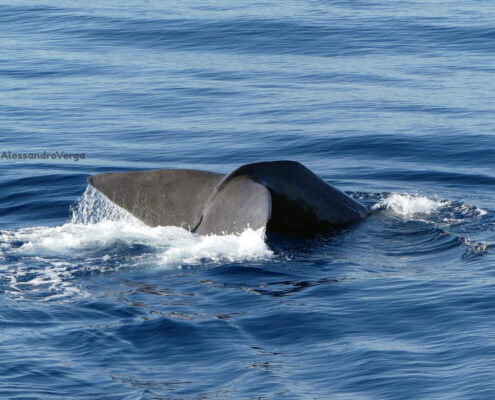 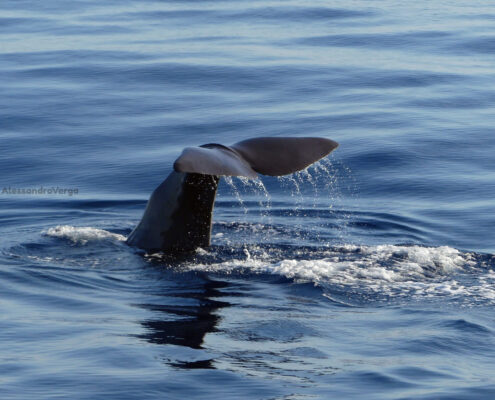 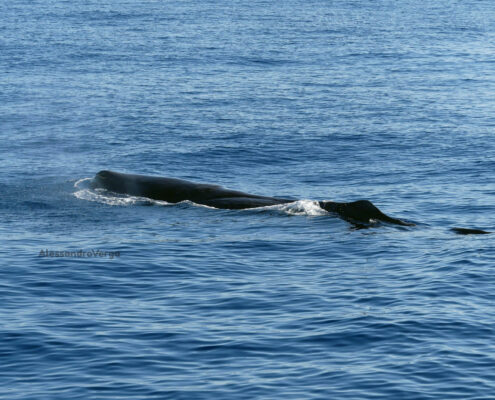 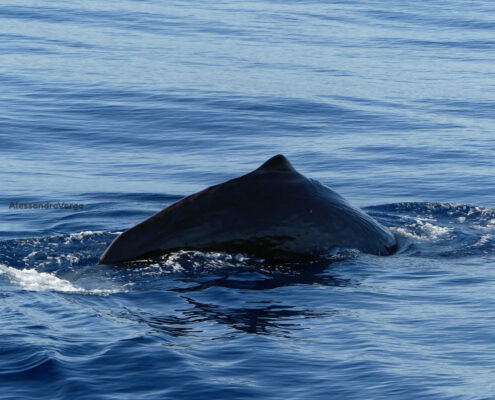 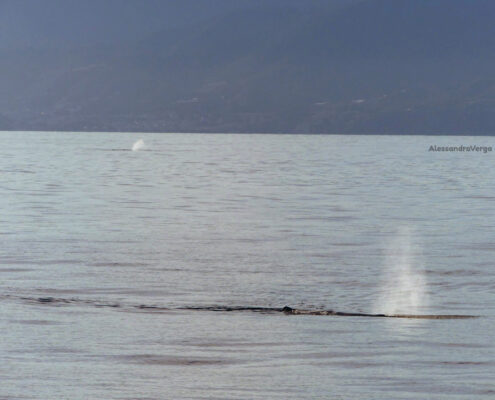 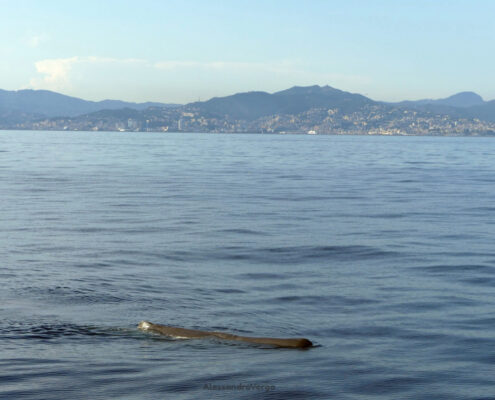 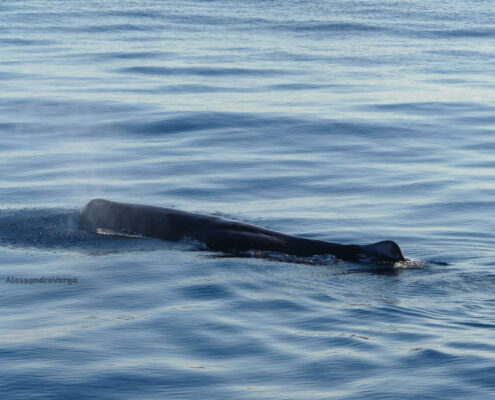 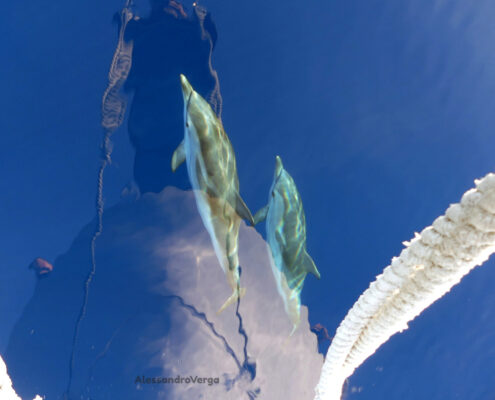 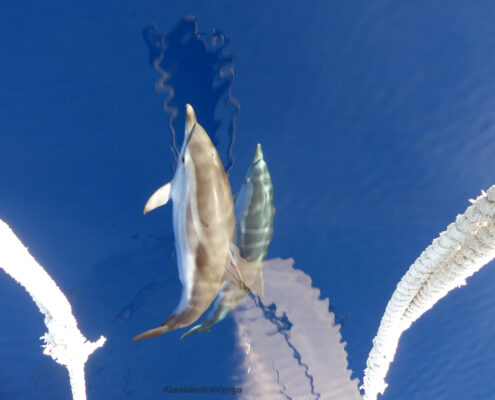 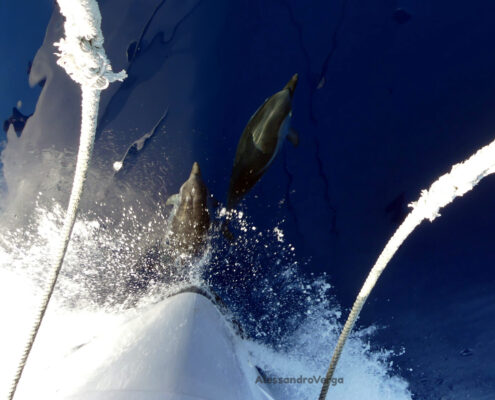