The sun and calm sea have provided an excellent cetacean sighting excursion. Shortly after leaving the port of Genoa, some dolphins were spotted in the distance. The animals quietly swam around the ship before losing their tracks. Shortly after, 4 zifi were spotted and after a slow approach the animals remained on the surface allowing themselves to be photographed for 10 minutes. Leaving this group too, an imposing white puff on the horizon signaled the presence of a sperm whale. In an attempt to reach the animal, another specimen of the same species emerged about a hundred meters from the boat. The animal remained calm on the surface breathing for several minutes before diving again. On the way back, a flock of bottlenose dolphins crossed the ship’s route, but they then preferred to leave slowly. 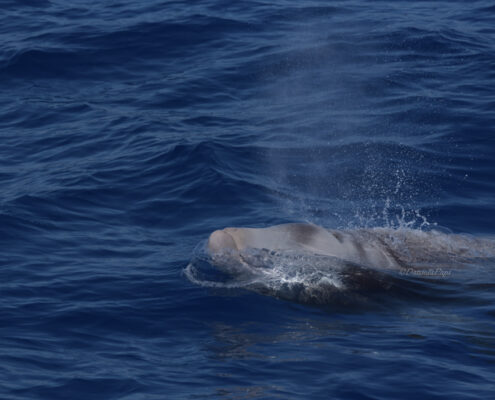 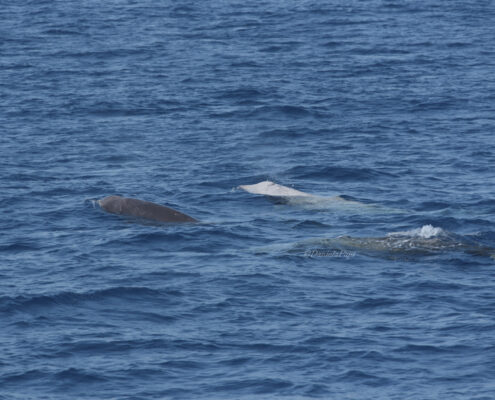 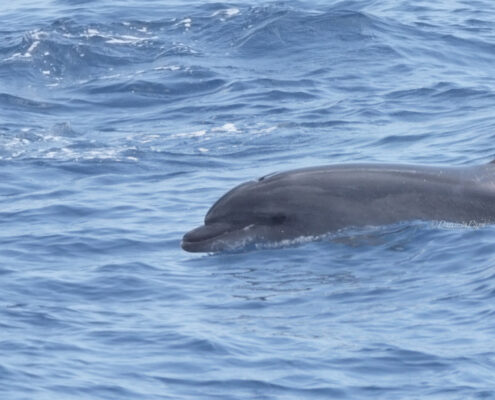 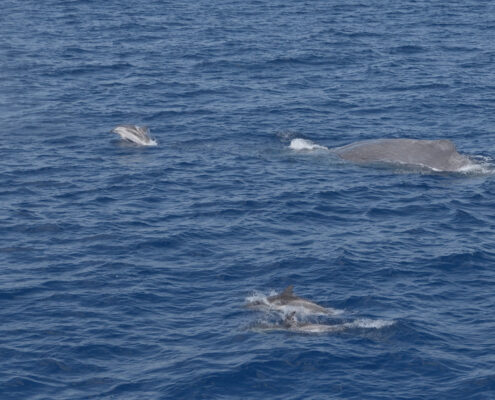 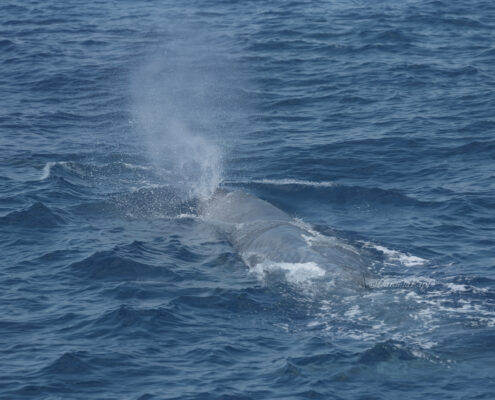 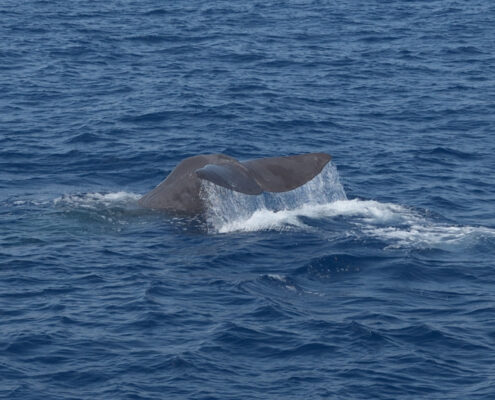 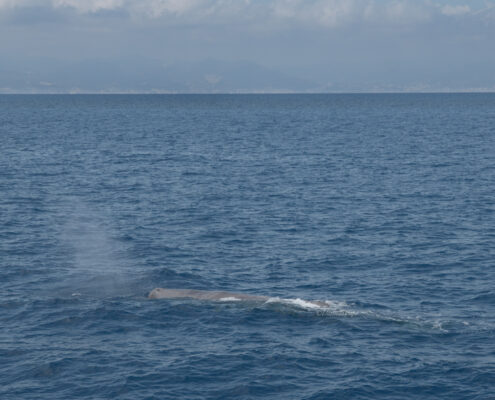