This excursion began with a sighting of bottlenose dolphins about a mile from the coast. The group was large and mixed, consisting of adults and young people. Continuing in the open sea we spotted two zifi, approaching them we realized that it was a mother with the baby. Very shy and shy, they only spent a few seconds on the surface, before diving. As a result we left them to head towards the capomele canyon. After an hour of waiting, a group of dolphins began to compete with our boat and to make fantastic jumps fore and aft among our waves. 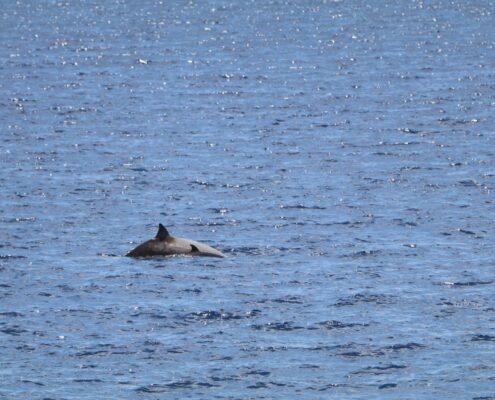 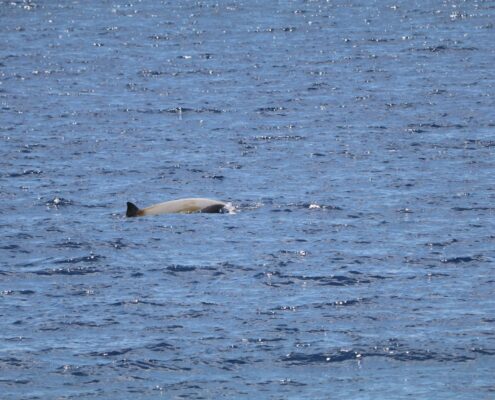 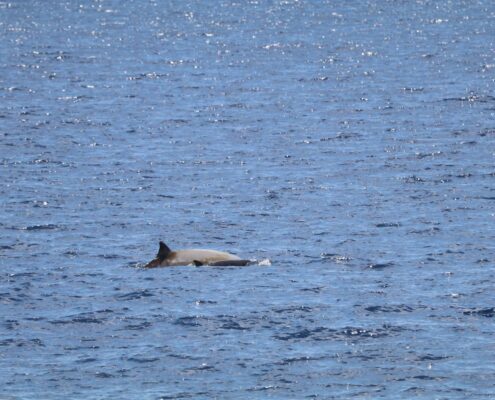 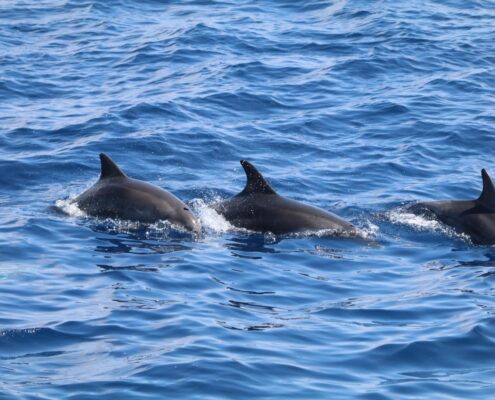 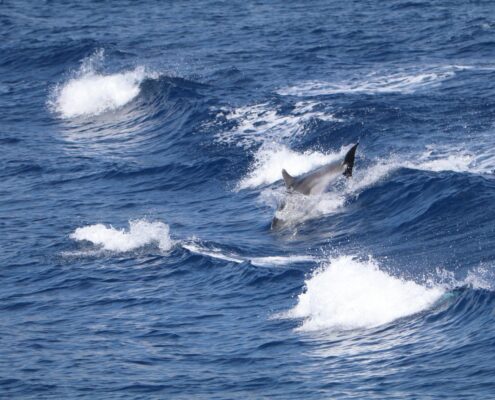 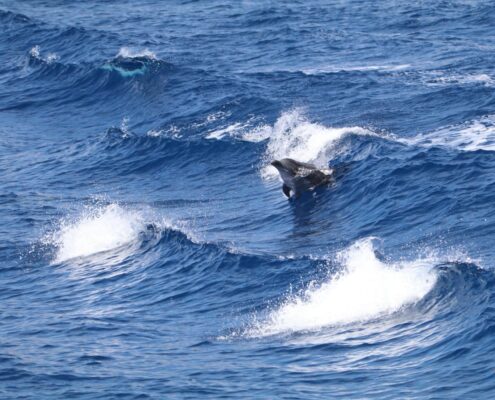 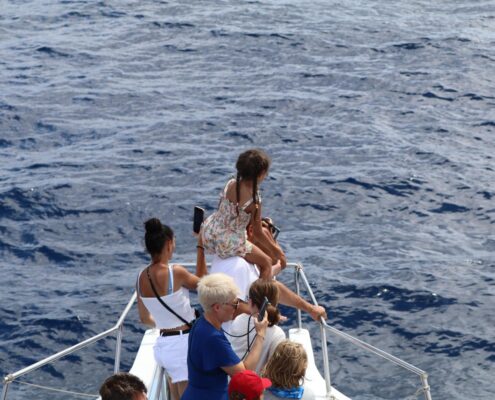 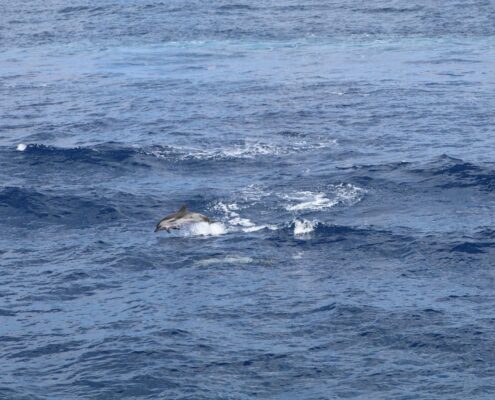