The whale watching excursion started under the best auspices: the sky was clear, the sun was strong and there was no wind. As soon as we left the ancient port of Genoa, a group of about 20 bottlenose dolphins gave us the first show of the day. The commander, in their respect, approached very slowly so as not to disturb them excessively. The animals then began interacting with the boat and surfing the stern waves. After a few minutes we left the group to proceed with the excursion.
About 12 miles from the coast, the first Zifio backs have been sighted, at the Polcevera submarine canyon. The approach to these animals was more difficult, being much more shy and making long-lasting dives. During the day the captain attempted 3 different approaches and in one it was possible to see a single individual emerge next to the bow of the boat, before seeing him disappear again in depth.
There was no lack of encounters with two very numerous groups of dolphins, of 60 and 30 individuals, who gave other pleasant moments of show with various jumps and acrobatics.
Upon returning to port, the 200 passengers on board gave the crew two different moments of applause, which were genuinely much appreciated. 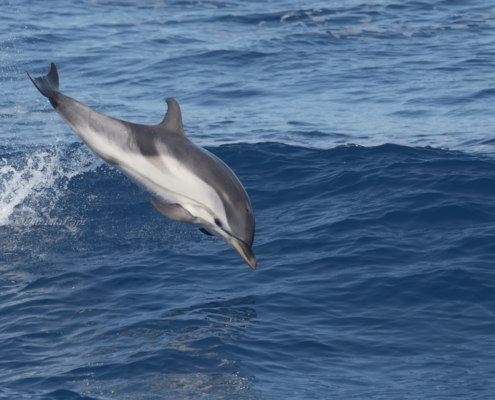 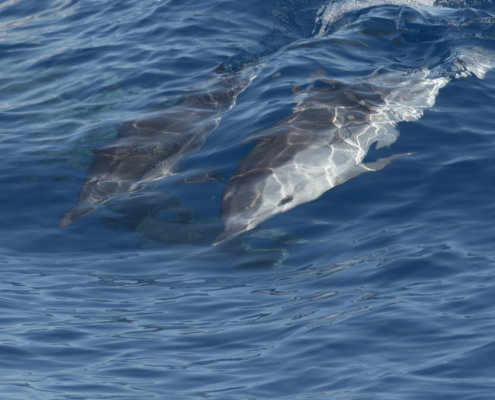 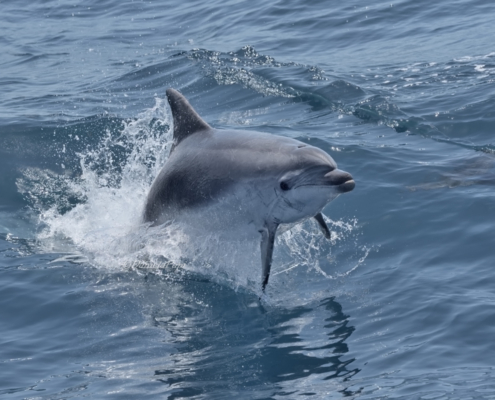 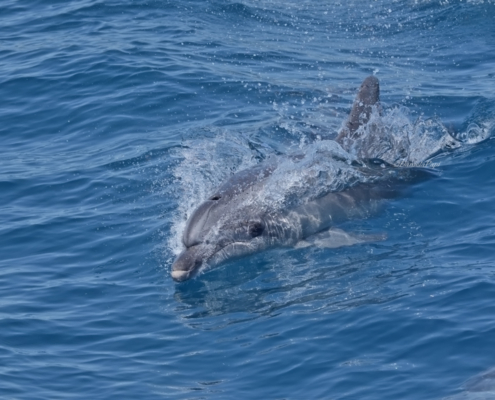 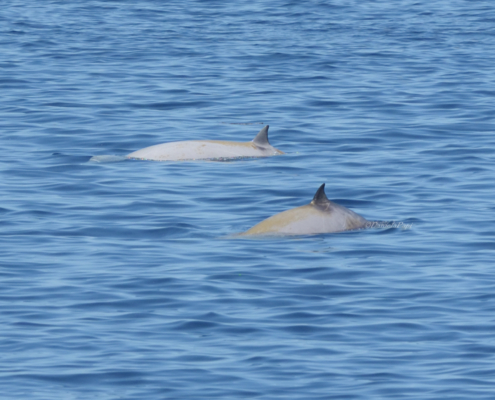 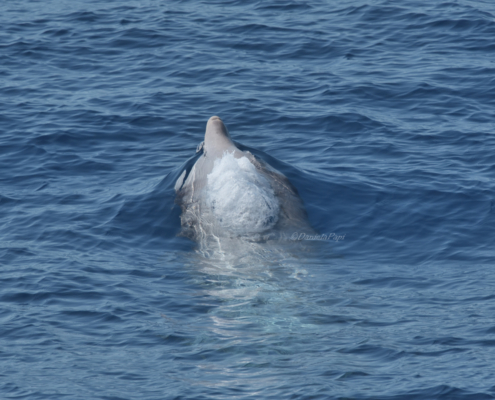